On Feb. 14, Marjory Stoneman Douglas High School in Parkland, Fla. was the site of the most recent major American school shooting. Seventeen people were murdered and another 14 were taken to the hospital as a result of the attack. It was one of the deadliest shootings in American history, and for the students and parents involved in the attack, it was a nightmare, including UFC heavyweight contender Alexey Oleynik.

Oleynik’s daughter, Polina Oleynik, is a student at Marjory Stoneman Douglas High School who was in attendance on the day of the attack. Yesterday, a few weeks removed from the shooting, Oleynik wrote a piece for ABC News about what it was like for him while his daughter was in an attack like that one, calling the experience “terrifying” and saying he felt “utterly helpless.”

“Nothing in 52 professional fights was as terrifying as a text I received on Valentine’s Day from my 16-year old daughter, Polina,” wrote Oleynik.

View the full story on MMAFighting.com.

As an Ultimate Fighting Championship fighter, I step into the Octagon and have to remain calm so I can face down the world’s most brutal athletes. Training to be physically and mentally ready for cage fighting demands that I assess my opponent’s fiercest skill — perhaps a left-leg kick or a knock-out jab — and develop a strategy to win.

However, nothing in 52 professional fights was as terrifying as a text I received on Valentine’s Day from my 16-year old daughter, Polina.

“Daddy, there is a shooting at my school.”

I read the text again just to make sure it was correct — it was. As the father of five kids, ages 2 to 16, I was consumed by thoughts of death and violence. My daughter is a student at Marjory Stoneman Douglas High School in Parkland, Florida, and was texting me from the mass shooting that would claim 17 lives and injure many more. Thankfully, Polina survived and was uninjured, but for several hours I struggled to retain the composure I have during fights. Her text reminded me that I am a father first, and a fighter second. 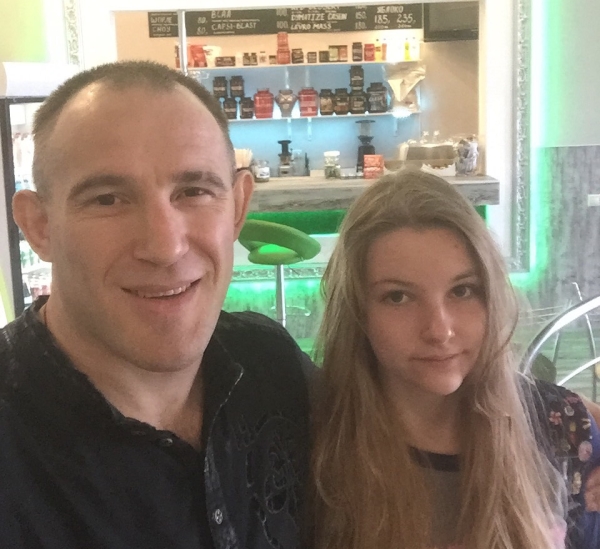 My mixed martial arts nickname is “The Boa Constrictor” because I regularly choke my opponents into submission. But, this text, received as I was preparing to leave for Russia on a work trip, left me feeling utterly helpless. My daughter updated my wife and me with a text message every 10 minutes or so. Each text gave us the gift we wanted more than anything else — knowing she was safe, for now. Then, between each text, I felt powerless, feeling a growing sense of panic.

For a while, we watched the local television to learn some details, but we turned it off, horrified to see the unfolding scenes. This lack of control is every parent’s worst nightmare and was more harrowing for me than any UFC fight experience. In between Polina’s texts, we tried to figure out how to get close to the school to retrieve her.

The reality is, as a professional fighter, I have the luxury of preparing for months for each fight. I train my body to peak fitness and develop a mental strategy to overcome my opponent’s biggest threat. All that preparation, study, visualization and training gives me a tremendous feeling of control. When my daughter was sending me her texts, I was scared because I had no control over her situation. 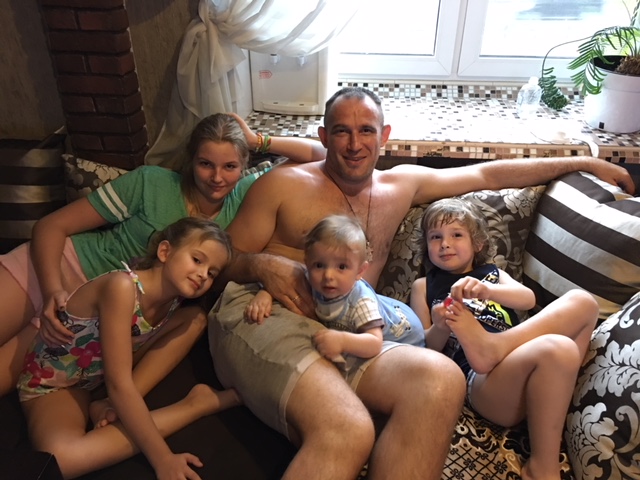 Eventually, we managed to get close enough to the school so we could pick up Polina. She had escaped unharmed, thanks to the brave assistance from her teachers and school staff. Just as my fighting career owes a great deal to advance preparation, the Marjory Stoneman Douglas school staff had carried out many emergency drills. That preparation helped to keep the children relatively calm on the day of the shooting and probably reduced the number of casualties. Of course, many parents and relatives lost loved ones. My family sends our deepest condolences to each and every one of those families that are now grieving.

When I moved my family to Florida in December of 2016, at first I was attracted to the area because of the American Top Team training facility in Coconut Creek. UFC President Dana White has praised the team’s work, saying it’s among the few places capable of producing world champions. My wife and I also loved the schools, the great police and fire departments, the good housing, and the area’s low crime rate. It seemed like the ideal place to train and raise a family. For someone who hopes to soon become a naturalized U.S. citizen, this seemed like a small slice of heaven.

Despite the recent horror, I still feel that way. My daughter will continue attending her school and we will continue calling Florida home. Where we live was safe before this horrific shooting, and it remains a safe place now.

Now, we are trying to regain normality in our everyday lives.

On Monday, Polina left the house alone in her car — a normal experience for most Florida teenagers. As her father, I had to again relinquish my desire for control and let her try to enjoy the freedom she still has even after her recent, tragic ordeal. And, while I am relatively new to U.S. politics, I do know about the psychology of winning battles. More than anything, this experience reminds me that we cannot allow our spirit to be broken and for fear to overcome us.

In the long run in sports and life, strength and fortitude carry us through the hard times.

View the story on ABC News.