Alexey Oleynik Prepares for His Next UFC Fight 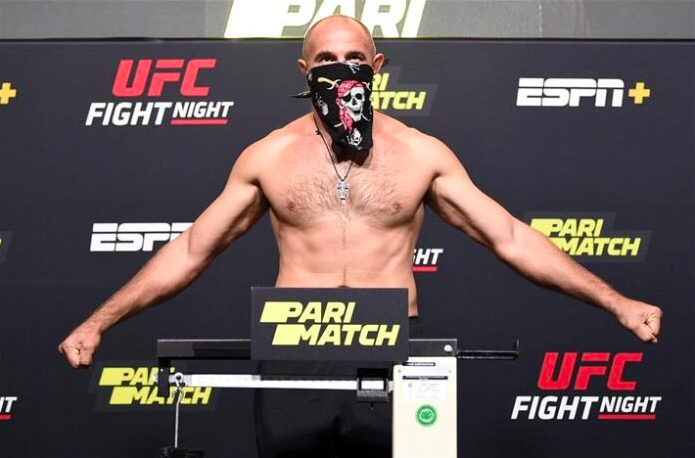 Alexey Oleynik is set to return to the Octagon on February 20, 2021, in a Heavyweight Bout. UFC will announce his opponent later this month. Oleynik is looking to “continue defying Father Time,” according to editor Jay Anderson of the Cageside Press.

The UFC has not announced a location for the event, although it is assumed to be either in Las Vegas or “Fight Island” in Dubai. Oleynik is already training to ensure win #60.
“No one works harder to compete and prevail than I do,” said Oleynik.  Follow us on Twitter and Instagram to receive updates regarding the fight. Oleynik is sponsored by ETF Managers Group. 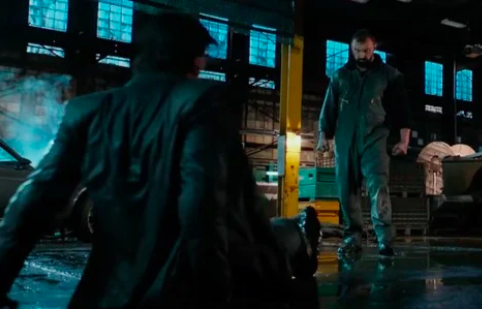 Oleg Prudius, most notably known for his time with WWE as Vladimir Koslov (a.k.a. The Moscow Mauler), was featured in Cinema Blend’s latest article about the characters of John Wick: Chapter 2.

The article states, “John Wick: Chapter 2 pretty much picks up where things left off for the recently un-retired assassin when he goes to retrieve his stolen Mustang from a chop shop. Before he can do so, however, John Wick must take down a small army of Russian gangsters, including “Russian Assassin,” the larger-than-life beast of a man in coveralls. And if you thought that his bodyslam on Wick looked like something out of WWE, that’s because the actor, Oleg Prudius, wrestled for the company from 2006 to 2012…making him the third (but probably not last) wrestler to appear in the franchise.” 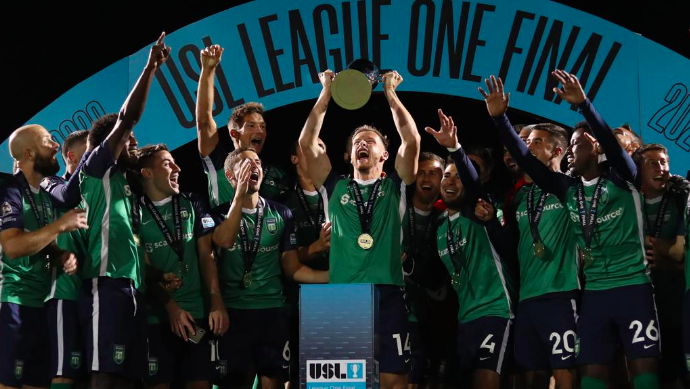 Fourteen players from Greenville’s title-winning squad will return to the side in 2021. (Photo courtesy of Tormenta FC).

The Greenville Triumph SC have exercised their team option on keeper Paul Christensen, ensuring Paul’s return for the 2021 season.  The Triumph were the USL League One champions in 2020.

A Special Time in a Difficult Year 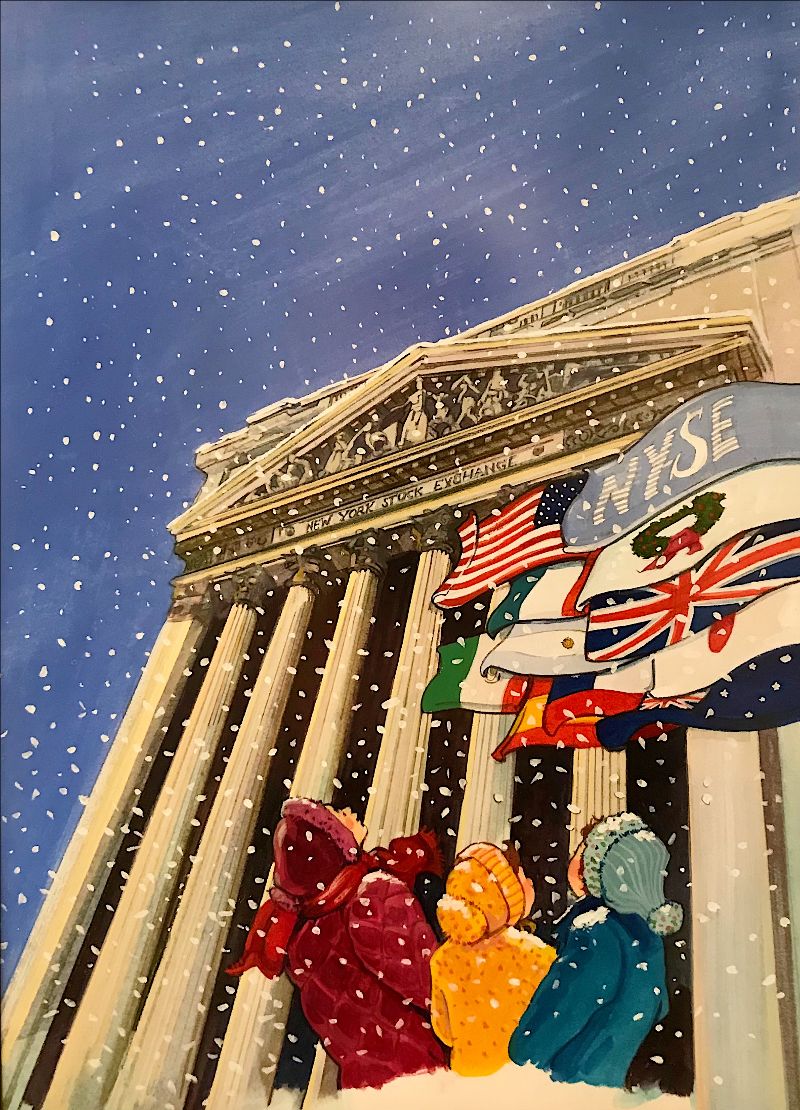 The image above is artwork we commissioned during my days at the NYSE. I look at it pretty much every day. To me, it captures the excitement, joy, wonder, and hope children have during the holiday season.  This year, we all need some of that joy and hope to help lift our spirits in what has been a year to forget.

But it is also a year to recognize the amazing work of our first responders and health care workers…and the scientists who have developed a breakthrough vaccination in what is actually a very short time.

With our teams largely working from home and, like everyone around the world, praying for the development of the vaccine and a return to “life as normal,” we opted this year to send our holiday wishes electronically.

And as we have in years past, we made several contributions during the year to organizations dedicated to helping others, including the FDNY Foundation, Cento Amici,  RWJUH and The Hurley Family Foundation.
Enjoy this holiday season with your families. And stay safe.

As Aleksei “The Boa Constrictor” Oleinik prepares for his fight tomorrow, the UFC’s first event of 2020, his official training & exclusive global financial partner ETFMG created the below video for their heavyweight champ. ETFMG also made this statement:

“Everyone at ETFMG is thrilled that our ETF heavyweight champ, Aleksei Oleinik, will be a Main Card event at UFC 246 tomorrow night in Las Vegas. From one industry heavyweight to another, Aleksei is a force to be reckoned with and we are proud to be his sponsor.”

Alexey “The Boa Constrictor” Oleynik is #1 overall in the category of current UFC fighters with the most fights in his career with 71. His overall record is 57-13-1. 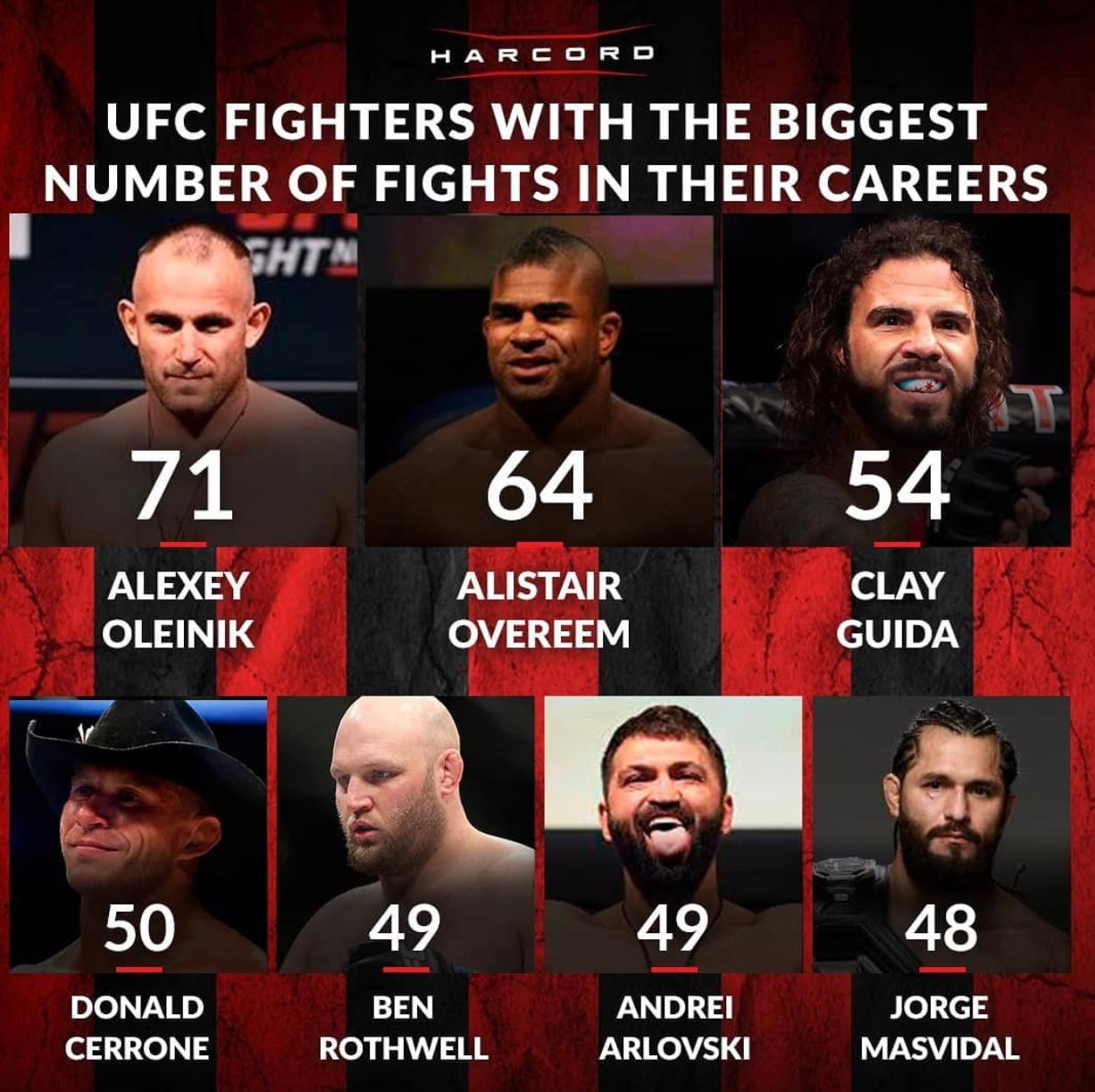 In Zero-Fee Era, Wrestlers and Astronauts Help Funds Fight Back

Smaller asset managers are getting creative as they look to take the fight to the likes of BlackRock. Meet the Boa Constrictor.

The UFC heavyweight best known for winning bouts with a rare judo chokehold burst onto the exchange-traded-fund scene earlier this year as an unlikely advocate for a cannabis fund run by ETF Managers Group. At a dinner arranged by the issuer in midtown Manhattan last month, Boa — real name Alexey Oleynik — taught impromptu lessons on how to throw a punch, and flexed for tough-guy photos in a shirt branded with the company’s logo.

It may seem like a gimmick, but the intent is serious: Oleynik is bringing ETFMG to the masses, bearing the firm’s name during fights and spreading its brand on social media.

Read the full story on Bloomberg.

Russian submission savant Alexey Oleynik survived several hairy moments early on but he was able to prevail in front of nearly 20,000 fans in Moscow at UFC Fight Night 136.

Oleynik absorbed several nasty leg kicks from former K-1 Grand Prix world champion Mark Hunt (13-13-1) and was badly wobbled by a laser-like right hand to the head. But “The Boa Constrictor” hung tough and lived up to his nickname by choking out Hunt a few minutes later.

Oleynik (57-11-1) eventually took “The Super Samoan” down, seized his back and locked in the rear-naked choke, forcing Hunt to tap out. The New Zealand native bowed out 4:26 of the first, capping off the card Saturday inside Olimpiysky Arena.

Read the story on Sherdog.