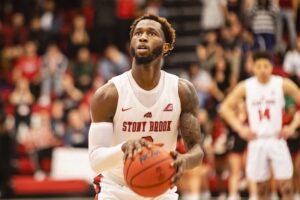 Elijah Olaniyi, a 6’5 guard from Stony Brook University, has signed with IPZ under the new NIL rules passed by the NCAA.

Olaniyi is from Newark, NJ and played high school basketball at East Side High School. He started his college career at Stony Brook and was a standout player for three years, averaging 12.5 ppg and 5.4 rebounds. During his junior year he was named to the All-America East first team and NABC All-District first team.

After his third year, Elijah transferred to the University of Miami and played one season with the Hurricanes. He played in 21 games, starting in 18, and averaging 10.5 ppg and 5.1 rebounds.

The NCAA gave college players one more year of eligibility due to the coronavirus disrupting the 2019-2020 season. Olaniyi graduated from the University of Miami in 2021 with a sociology degree and has decided to transfer back to Stony Brook to compete with the Seawolves for the 2021-2022 season.

Elijah is currently 18th all-time on Stony Brook’s scoring list with 1,135 points. He is ready to continue to climb the scoring list and lead his team once again. 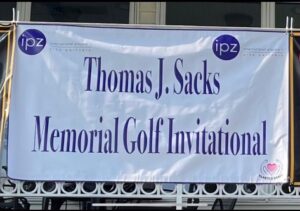 The 2nd Annual Thomas J. Sacks Memorial Golf Invitational was held at Forest Hill Field Club in Bloomfield, NJ, remembering the former Associate Head Coach of the Roselle Catholic Basketball team, who passed away in the spring of 2020.

Sacks had an incredible impact on his players through his positive attitude, motivation, and guidance. He loved the game of basketball and he is deeply missed by his family, friends, and the IPZ family.

IPZ was a proud sponsor for the event. 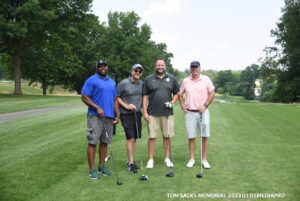 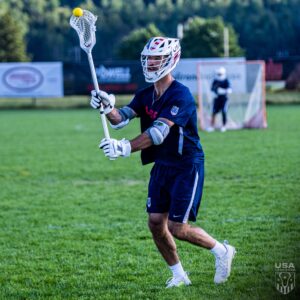 The International Olympic Committee recently approved a new form of lacrosse called “Sixes” to be added for the 2028 Olympic Games. Brad Smith was added to the USA Men’s Lacrosse Olympic training roster and has participated in training sessions in Baltimore and Lake Placid.

There are two scrimmages scheduled in the fall against Canada and Iroquois. “Sixes” will also be a part of the 2022 World Games in Birmingham, AL next summer.

“It’s a big honor getting to represent the U.S. against the best international talent, and lacrosse being added to the Olympics is a monumental move. I’m excited to see where it brings the sport,” said Smith. “Sixes is an exciting version of lacrosse that really combined rules from all major sports which hopefully is as fun to watch as it is to play!”

To see the full roster for the Olympic Training Session click here.

In addition to playing on the Whipsnakes Lacrosse Club in the Premier Lacrosse League and participating in the Olympic Training Sessions, Brad recently signed a two year contract with the Albany Firewolves. The Firewolves play in the National Lacrosse League, which is an indoor box lacrosse league.