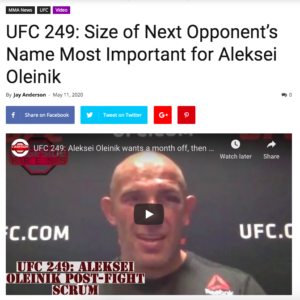 The 42-year-old known as “The Boa Constrictor” is a veteran of over 70 professional fights, but defeating former UFC heavyweight champion Fabricio Werdum certainly has to be up there.