While most of his former club and school teammates are finishing high school right now, 16-year-old Quinn Sullivan is in Clearwater, Florida, getting his first taste of Major League Soccer experience.

Sullivan, signed by the Philadelphia Union to a “homegrown” contract after playing in the Union’s Academy, played in his first pre-season game this week after a week of pre-season training in Philadelphia.

A top performer in the team’s fitness testing, Quinn scored a goal in the team’s first intra-squad game, before playing half of the Union’s first pre-season game against Orlando City SC.

“As we were about to enter Phase 2 of pre-season training in Florida, I was reflecting on Phase 1, and how positive it has been so far,” said Sullivan. “I am learning a lot, and the coaching staff is working overtime to get all of the new players up to speed. The environment around the team is great and I am optimistic about the rest of pre-season and the year.”

The team kicks off their 2021 season in CONCACAF Champions League play when they head down to Costa Rica for a game against Deportivo Saprissa on April 7th, before a return leg at Philadelphia’s Subaru Park on April 14th.

The Union’s MLS season opener will be on April 18th at Columbus Crew SC. 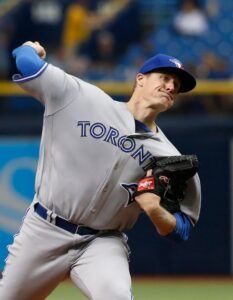 When Tom Koehler retired from baseball in 2020, after a shoulder injury cut his career short, he remembered a conversation he had with his agent, Dave Pepe.

“Dave always said to me ‘don’t commit to anything without talking with me first,’ so I didn’t,” the former Miami Marlins and Toronto Blue Jays righty said. “We would joke about it while I was playing. Dave was very familiar with my work as a player on the Collective Bargaining Agreement.”

One conversation led to another and Tom joined Dave and Billy Martin, Jr., on the Pro Agents’ team.

“Many years ago, I recognized in Tom a work ethic and intellect that I always believed would be an asset to any organization,” said Dave Pepe, co-President of Pro Agents, Inc. “Fortunately, the organization that will benefit will be the one I am affiliated with.”

Tom is still in the Marlins’ record books, among the top 10 Miami hurlers in Innings Pitched, Strikeouts and ERA. After being traded to the Blue Jays, Tom had a 2.65 ERA in 2017, the last year he pitched before suffering the shoulder injury. A product of New Rochelle High School, Tom was drafted by the Marlins in 2008.

“While I may focus more on our pitching prospects, I’ll be doing everything Dave and Billy do with our current and future clients,” Tom added. “The most important thing a player can look for in an agent is finding someone you can trust, and who will be honest and open. Sometimes the best advice may not be what you want to hear. That’s something I always admired about the team at Pro Agents.”

Koehler, who will be based in Jupiter, FL, feels the current Pro Agents roster is filled with talent.

“We have a number of guys who, I feel, will become significant big league baseball players.”

While Pat Andree’s first pro season did not go as planned, he wouldn’t have passed up the experience.

“We practiced two and three times a day, every day,” said Pat. “I’ve kept up the same regimen since I’ve been back in the States. I’ll be better prepared next season.”

Pat is working with Mike Rice since getting back to New Jersey. The former Robert Morris and Rutgers head basketball coach is now the head coach of Team Rio, a top AAU program, and the Director of the Hoop Group, where several college and former professional players now train.

“Pat can have a long career in Europe, if things ever get back to normal,” said Rice. “He can stretch the floor, has tremendous skill sets and he has improved his physical tools, working on his body. Physically, he can compete with anyone. He is the prototypical “Big” in today’s game. He is comfortable playing on the perimeter and can shoot the three.”

The 6’10” Andree, who played collegiately at Lehigh and North Carolina State, spent two-and-a-half months with Lusitania in Portugal’s LCB, the top pro basketball league in Portugal. Lusitania is in Angra do Heroismo in the Azores. Thus, the team had a two-hour flight from the island to the mainland, and then typically another two-hour flight to away games.

“The travel was tough, but the place was beautiful,” Andree said. “But the team struggled financially without fans. It really relied on gate revenue. Our coach left after the first game, and the team had to release three American players during the season. I actually had my best game in our last game, with 13 points and six rebounds in 20 minutes.

“But now I’m back in Jersey training with Coach Rice and working for the next opportunity.”

“It was a difficult year,” said Massimo Raseni of Italy’s The Players Group agency. “Some players actually got stopped at Customs, tested positive, and were sent home, losing their jobs.”

A Shoot… and Another Shot… For Alexey
Scroll to top