If Velasquez is looking for redemption, he needs to fight Oleynik, writes Oleg ‘Alec’ Savitsky

In the recent ESPN analysis of Cain Velasquez’ loss to Francis Ngannou, while discussing what the future holds for the former champion once considered the best heavyweight ever, Brett Okamoto suggested Alexey Oleynik would be the best option. The truth is — this matchup is a necessary fight for everyone – the UFC, MMA fans, and Velasquez himself.

Okamoto suggested that Velasquez should fight Oleynik because he will be a “manageable” opponent. I hold the opinion that if Velasquez wants to redeem himself, he must fight Oleynik. But not because Oleynik is “manageable” or easier, but precisely because Oleynik is dangerous. Alexey is well-rounded and the most experienced in the division. It’s a live or die situation for Velasquez and the fight against Alexey will reveal to Velasquez and the MMA world if he still has the skills and determination to become the dominant heavyweight he once was.

Perhaps, Cain was out of competition for too long, and shouldn’t have taken the fight against Ngannou, the most dangerous striker in the division. Perhaps, it was a combination of nagging injuries, lost confidence, poor fight strategy or the famous “cage rust” caused by prolonged inactivity that caused Velasquez, once known for his heavy hands, superior wrestling, and conditioning, to lose the fight in under 30 seconds. But they are not the reasons why now Velasquez should “step back” and take a fight with someone like Alexey Oleynik.

Fighting anyone in the top 10 of the division is risky business. A fight against Oleynik is the fight Velasquez must have, but for totally different reasons.

Previously, Velasquez lost to Fabricio Werdum and showed his vulnerability in the grappling game. He needs a fight that will display to his fans the “old” dominant Velasquez who was able to dismantle any type of fighter. To do that, the UFC needs to provide him with a well-rounded and credible opponent. Since Werdum is suspended and a rematch is out of the question, it would be a great opportunity for the No. 7 ranked Velasquez to fight Oleynik, currently ranked No. 9, to prove his relevance and ability to compete against an exceptional grappler. It’s no secret that all top fighters in the heavyweight division are avoiding Oleynik and don’t want to risk their chart position by losing to the superior submission artist. Oleynik, next to Werdum, Frank Mir, and Antonio Nogueira, belongs to the grappling elite of MMA heavyweights.

Alexey has 69 professional fights, with a record of 57 wins, 11 losses, and one tie, and is 6-2-0 in the UFC. He has more wins than majority of fighters, including Velasquez (14-3-0), have fights in their entire MMA careers. Oleynik fought around the world for every top promotion and won against the most notable names in the business. Facing another heavy-handed striker like Velasquez will be nothing new for Oleynik. He fought and submitted some of the best and most feared strikers like Mirko Cro Cop and Mark Hunt. Alexey demonstrated his durability and multi-dimensional skills by out-striking former contender and heavy puncher Travis Browne and by knocking out the brawler Jared Rosholt.

Both Velasquez and Oleynik are well-rounded fighters and pinning them against each other would give MMA fans an exciting fight they deserve to see. It will also test Velasquez and reveal if he still has what it takes or if it’s time for him to stop fighting. For Oleynik, it’s either an opportunity to move closer to his long overdue title shot, continue to fight as a “gatekeeper” for younger talent, or perhaps contemplate a well-deserved retirement.

View the story on MMA Crossfire. 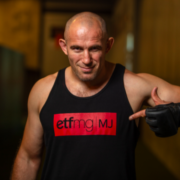 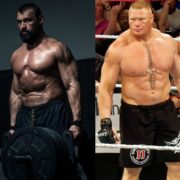 FOX Sits Down with Oleg Prudius 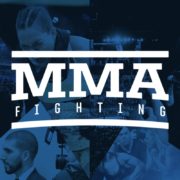 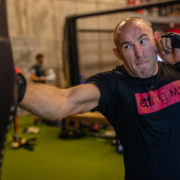