Standing at six-foot-one, the Woodinville, WA, native played for the Seattle Sounders Academy for four years, was the 2011 adidas U-15 Golden Glove Winner, played with the U.S. U-15 Youth National Team, was part of the U-17 National Team Residency from 2011 to 2013. He earned 22 international caps at the U-17 level and played for the Washington ODP and the Region IV ODP.

In 2014, Christensen began his collegiate soccer career at the University of Portland. As a freshman, he started all 19 games and played every minute of the season.

As a sophomore, he received a West Coast Conference All-Academic Honorable Mention (also received this honor in 2016 and 2017) and led the WCC in saves (85 – ranks No.1 in school’s all-time single-season record books) and saves per game (5.00).

Christensen recorded a league-high seven shutouts, was second in goals against (0.91) and saves per game (3.37), with a save percentage of .780 (third best in the WCC) in his junior year. He was named WCC Goalkeeper of the Year and All-WCC Second Team.

In his senior campaign, Christensen repeated as WCC Goalkeeper of the Year, was selected to the United Soccer Coaches All-Far West Region Second Team and the All-WCC First Team. Christensen shut out his opponents on six occasions. The four-year starter ended his career as a Pilot as the No.5 all-time leader in program history in shutouts (20) and saves (283).

In mid-December 2017, Christensen was one of 60 college seniors to receive an invitation to the 2018 MLS Player Combine. The combine took place from January 11 to January 17. The Pilot is ranked as a top five goalkeeper in this year’s draft, according to numerous mock drafts.

“I am very excited to work with Jeff and the rest of the IPZ family,” said Christensen. “From the beginning of the process, Jeff has been great and professional. He has a great understanding for the game both on and off the field. I know that Jeff and the IPZ family will be able to help me reach my professional goals. I cannot wait to see what the future holds.”

“We are excited to welcome Paul to the IPZ family,” said IPZ Managing Director Jeff Curtin. “Over the past four years, Paul has established himself as one of the top collegiate goalkeepers in the country. Paul’s professional approach, physical ability, and youth international experience are all qualities we look for in a client and we are thrilled to be working with him.”

Watch Christensen’s highlights from the University of Portland here. 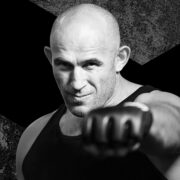 Matt Danilack Drafted by the Philadelphia Union
Scroll to top