He isn’t coaching hoops anymore, but the accolades keep on coming for Bob Hurley.

The former head of the storied boys basketball program at St. Anthony High School in Jersey City, which closed earlier this year, won the Best Coach Award at the ESPYs Wednesday night.

Hurley, one of two Basketball Hall of Famers who only coached at the high school level, went 1,162-119 and won 28 state titles to go along with four national championships in his 45 seasons running the show at St. Anthony’s.

He then thanked his family, including his sons, URI head coach Dan Hurley and Arizona State’s Bobby Hurley, who were in attendance, for making what he has always referred to as “the miracle” of St. Anthony’s possible.

“It’s a great honor to be representing all these coaches in the high school ranks,” Bob Hurley said. “Because every athlete that has come up on this stage tonight, no matter what sport they play, each one of them had a coach in high school, junior college, or maybe even before who played a critical role in their development as an athlete and it’s the whole person part that I have always taken a lot of pride in.”

View the original article by Nicholas Parco at the NY Daily News: http://www.nydailynews.com/sports/basketball/video-bob-hurley-st-anthony-basketball-coach-honored-espys-article-1.3322143 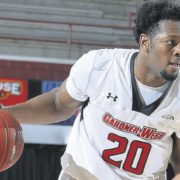 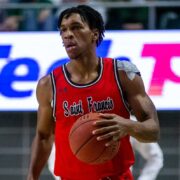