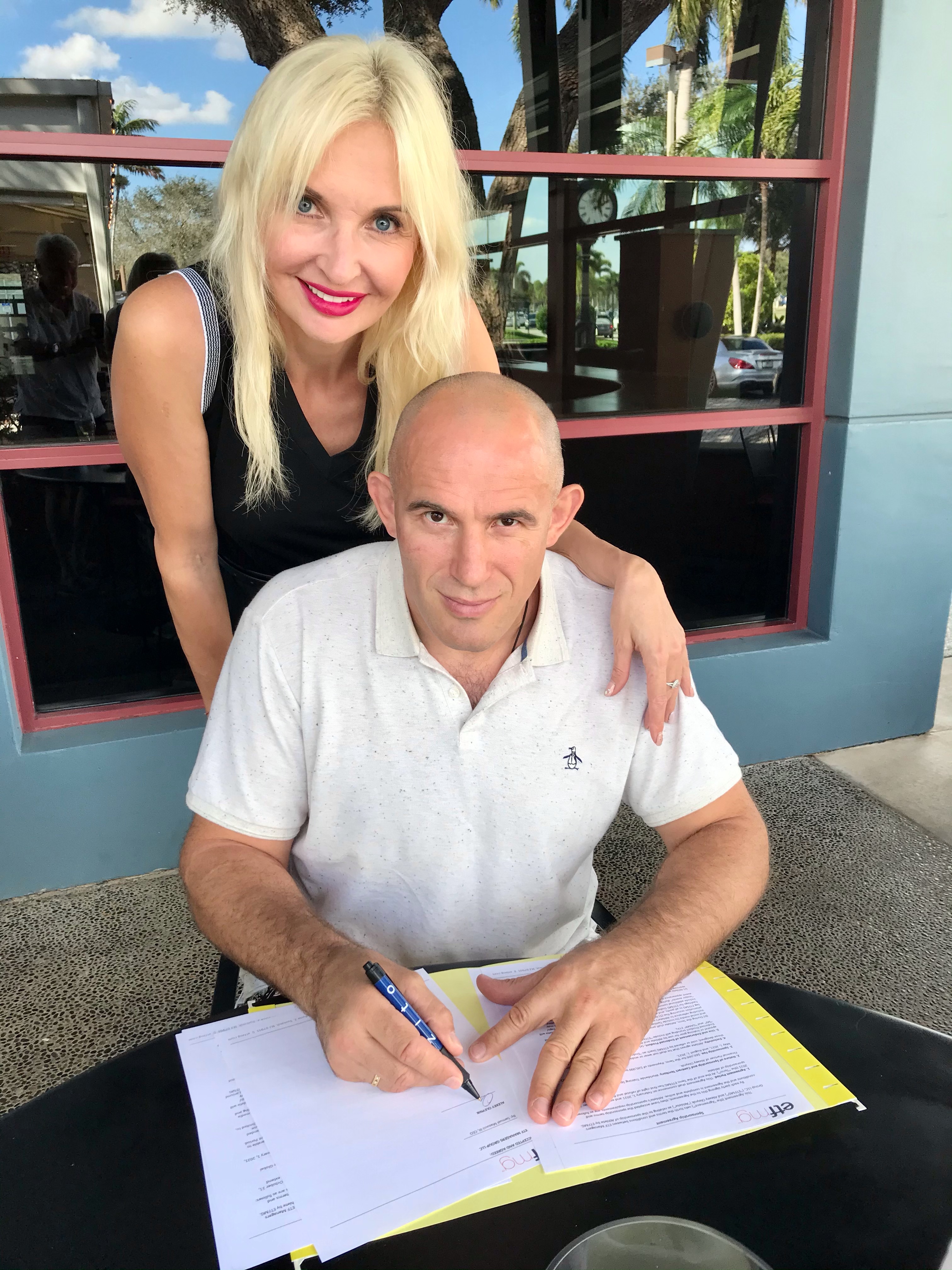 With his wife, Tatiana, Alexey Oleynik signs his extension with ETFMG.

ETF Managers Group, the leading provider of thematic ETFs, has extended its sponsorship of UFC Heavyweight Alexey Oleynik, the company and athlete announced this week.

Oleynik, the 10th ranked Heavyweight in the world, will continue to promote ETFMG’s funds through social media work and appearances. During the past 18 months, Oleynik has worked with ETFMG on its MJ (medical cannabis), GAMR (video game tech) and IVES (cloud computing) ETFs (exchange-traded funds).

“Our partnership with Alexey has added a great deal of value to our firm, providing significant exposure to a brand new audience that is often overlooked by our competitors,” said Sam Masucci, ETFMG CEO and Founder. “Alexey has been a class act inside and outside Octagon, and we are thrilled to remain in his corner.”

“Sam and ETFMG have been amazing partners to work with and I sincerely appreciate their support,” said Oleynik. “It’s easy to help promote products I believe in, and I look forward to continuing this great relationship.”

ETFMG plans to increase its social media marketing in the coming months.

“As the first financial firm to sponsor a UFC athlete, we are quickly realizing the value of reaching those interested in our products in diverse ways,” said Jessica Hennelly, ETFMG’s Director of Marketing and Events. “Our partnership with Alexey is continued proof that unique marketing moves are synonymous with highly effective brand-awareness.”

Alexey’s next fight is against Chris Daukaus on February 20th in Las Vegas in UFC Fight Night 185. IPZ Client, Andrei Arlovski, will also be fighting that night in a Heavyweight Bout against Tom Aspinall. 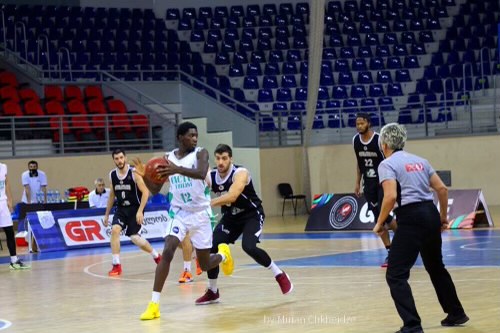 While on the surface Darius Williams appears to be an incredibly humble young man, his hunger and passion for the game of basketball is obvious and has led him to play at the professional level. Currently, Darius is showcasing his talents for Cactus Tbilisi, a franchise in the Georgian Superliga. Making the shift from Division 1 NCAA basketball to a European franchise is often a difficult task but is one that Williams welcomed with open arms.
“There’s a big difference playing in college and playing overseas,” Darius said. “Surprisingly, one difference is the speed of the game. Contrary to what I expected, the college game overall is faster. Overseas the game is fast in some areas, but a majority of the time its slower. There is a lot more screens in the euro leagues which results in less one on one basketball. The game still feels joyous anytime I get a chance to do what I love.”

It is this intense love for the game of basketball that has fueled his comeback after his senior season at Southern University was ultimately cut short, ruining his and his former teammates chance to compete in March Madness. COVID-19 led to the end of Darius’ collegiate career, but his basketball life continues, now at the pro level. He has been a significant contributor leading his team, Cactus Tbilisi, to the league playoffs, which the team failed to do before Darius’ arrival. Williams is averaging 8 points, 10 rebounds, and 1.5 blocks per game.

The Transformation of Oleg Prudius 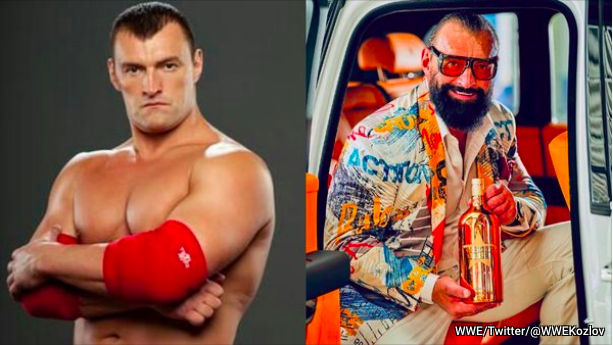 Oleg Prudius has gone through an amazing transformation, according to this WhatCulture article.

The article’s author writes about Prudius’ “glow-up” since his WWE days…
“Wow.
“Yes, that’s formerly dull-as-dishwater WWE star Vladimir Kozlov on the right. As WhatCulture’s own Simon Miller said on Twitter, big Koz looks like a background character from GTA who’s more likely to send you out to whack an enemy than put you in a headlock.
“That suit jacket is spectacular; it’s approximately 100,000 times more colorful than Vladimir ever was when he was flying solo. It was a different story when WWE finally coaxed some personality out of the man in that tag team with Santino Marella though. If you haven’t witnessed that before, then check it out pronto.
“Kozlov now has an impressive beard, a sweet ride and a golden bottle of booze. He also has a winning smile, big sunglasses and that jacket. Vince McMahon must be wondering where this character was back in 2008.”