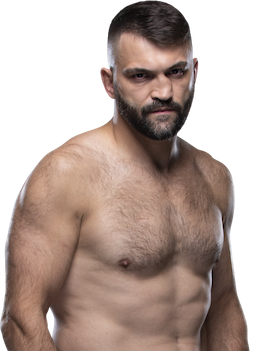 Andrei Arlovski is a Belarusian mixed martial artist, actor and former UFC Heavyweight Champion. He has also competed for Strikeforce, WSOF, Affliction, EliteXC, ONE FC and M-1 Challenge. He currently fights in the UFC Heavyweight division.

In 2015, Arlovski appeared on the TV show Limitless in episode 7 “Brian Finch’s Black Op.” Arlovski played the role of a suspected terrorist hunted by the CIA.

Arlovski appeared on Mayhem Miller’s MTV show Bully Beatdown, in which he beat the ‘bully’, thereby earning the ‘victims’ $10,000.

In 2018, Arlovski had a small role as a mob enforcer opposite Denzel Washington in the opening scene of The Equalizer 2. 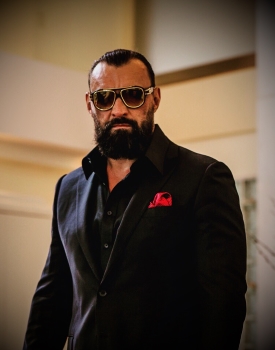 Oleg Prudius officially began his career as an entertainer in 2002 and one of his first projects was Spike Lee’s 2002 film 25th Hour in which he played a small role. The following year, Prudius appeared in multiple episodes of the HBO series The Wire.

A year later, Prudius decided to combine his expertise in combat sports with his passion for entertaining and embarked on his journey as a professional wrestler. In December 2006, Prudius made an appearance as a World Wrestling Entertainment (WWE) prospect on Rawunder the name Vladimir Kozlov. The ring name stuck.

From 2006 to 2011, Kozlov was a mainstay on the brand’s various programs: WWE Raw, WWE SmackDown, WWE NXT, and WWE Superstars. Simultaneously, from 2007 to 2010, Kozlov also played a significant role in a show created by WWE Chairman and CEO Vince McMahon called Extreme Championship Wrestling (ECW).

Prudius dove into another element of entertainment when he voiced his character Vladimir Kozlov in two video games: WWE SmackDown vs. RAW 2011 and WWE ’12.

Kozlov competed in his last WWE match on an episode of SmackDown that aired on August 5, 2011. Prudius decided to continue his professional wrestling career in Japan for the Inoki Genome Federation and assumed a somewhat new ring name, Alexander Kozlov. On October 16, 2012, Prudius retired from professional wrestling.

Since, Prudius has returned to acting in films and television shows. In 2013, he starred in 30 Cuts Deep and appeared in an episode of USA Network’s Burn Notice.

In 2016, the WWE did a Where Are They Now? feature on Prudius and it has amassed the most views of any in the series with more than 1.2 million and counting.

In 2017, Prudius had roles in three films, all hits in the box office. He appeared in John Wick: Chapter 2 and the eighth installment of the famed Fast & Furious franchise, The Fate of the Furious. The third and most recent film he acted in is the second highest-grossing film of all-time in a single market. Wolf Warrior 2 grossed more than $874 million in the Chinese box office and it became the only non-Hollywood film ever to be included in the list of 100 all-time highest-grossing films worldwide. Prudius played the role of Bear, the muscle of the villains. 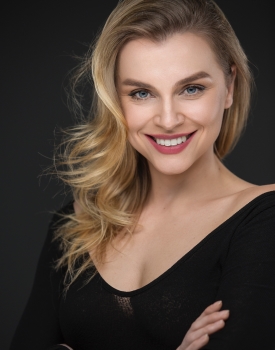 Olga Lezhneva-Levit is a Ukrainian actress. She studied drama at The Kharkiv National Kotlyarevsky University of Arts. In 2000, at the age of 16, she worked as a talk show host on the first Soviet Union private TV channel “Tonis.” She then guest-starred on Russian-Ukrainian TV-Films “Antisniper” (2007) and “Rules of Hijacking” (2008). In that same year, she portrayed Tanya the mistress of Sergei Nikonenko in the Film “Like Hell!” Olga became known after portraying Beatrice on the Ukrainian television sitcom “House Arrest” (2010) for two seasons and for the role of Ludochka in the Russian comedy “What Men Talk About” (2010). She played Sasha in the Ukrainian comedy series “The Taxi 2” (2012) and a sexy conductor in the comedy film “1+1 at home” (2013). Olga moved to the USA in 2014 and, soon after, appeared in the show “The Affair” (2014) and “Return to Montauk” (2017). 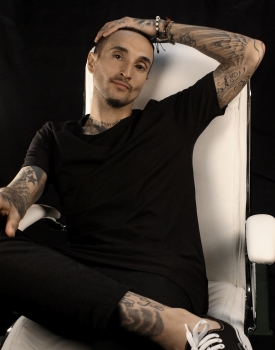 Actor, athlete, and author Luis Da Silva Jr. has experienced success in nearly every field he’s stepped into. From unforgettable performances in dozens of films starring Hollywood’s elite, including John Travolta, Jodie Foster, Woody Harrelson, Kate Winslet, Casey Affleck, Adrien Brody, Sam Rockwell, and Brie Larson, to being the youngest non-professional athlete ever endorsed by Nike, being pictured on the cover of Time magazine, holding a Guinness World Record, starring in assorted NBA video games, and authoring a series of children’s books, you could say this New Jersey native has the Midas touch.

Originally from Elizabeth, New Jersey, Luis grew up playing baseball and practicing Aikido, a form of martial arts. It wasn’t until he turned 13 that he discovered his passion for basketball. At 18, Luis’ life changed forever when he walked into an open audition for a Nike commercial. He was immediately signed to represent their Freestyle ad campaign, which, at the time, was one of the most widely recognized Nike commercials. The commercial led to an endorsement deal, making Luis the youngest and first non-professional athlete to sign with Nike.

A Guinness World Record holder in various basketball-handling categories, Luis has been featured on the cover of Time magazine and in The Wall Street Journal, and has starred in several NBA-themed video games, including L.A. Rush and others produced by Midway Games.

Over the years, Luis has had the opportunity to perform with Alicia Keys, and Will Smith and Sean Combs in NBA halftime shows. When he was 26, Luis became the youngest athlete inducted into the Hall of Fame in his hometown.

After years of success in the sports world, Luis tried his hand at acting. He’s known for his role in Fast Five, playing Diogo, a Brazilian racecar champion. Additional films include The Brave One, Pride and Glory, 21 Jump Street, American Heist, and Mr. Right. His television credits include Girls, Person of Interest, Graceland, Body of Proof, Law and Order: Criminal Intent, and Power.

When he’s not in front of the camera or dribbling down court, Luis enjoys being a father to his daughter, Zoe-Aiko. His role as Dad has opened the door to the literary field—he’s now also writing children’s books. His titles include A Boy Named Boo and Zoe and Toby and the Alphabet Adventures. Both are available via online retailers. 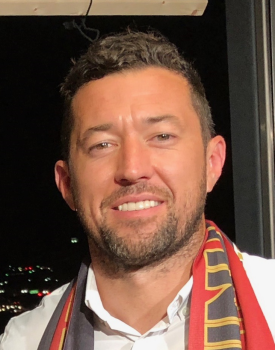 Dan Gargan, a Philadelphia native and graduate of Georgetown University, started his professional soccer career in Major League Soccer (MLS) after being drafted by the Colorado Rapids in 2005. During his 12-year MLS career, Gargan made over 200 appearances with Colorado, Toronto FC, Chicago Fire, San Jose Earthquakes and LA Galaxy, where he won the 2014 MLS Cup.

After retiring from professional soccer, Dan took a deeper interest in becoming a sports media personality. Gargan served as the broadcast analyst for the LA Galaxy in 2015 and 2016, before joining the Atlanta United broadcast team as a color analyst in 2017. 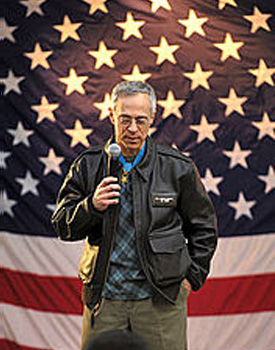 Col. Jacobs served multiple tours of duty in Vietnam and is one of the most highly decorated soldiers from that era. He was awarded three Bronze Stars, two Silver Stars, two Purple Hearts, and the Congressional Medal of Honor, the nation’s highest military decoration.

His Colby Award-winning memoir, “If Not Now, When,” was published by Penguin in 2008. He currently holds the McDermott Chair of Humanities and Public Affairs at the U.S. Military Academy at West Point. Col. Jacobs was an on-air analyst for NBC News, where he was an Emmy nominee in 2010 and 2011 and a recipient of the 2011 Murrow Award for his work on the Nightly News segment “Iraq: The Long Way Out.” and continues to serve as a military analyst for NBC/MSNBC.

Col. Jacobs was a founder and Chief Operating Officer of AutoFinance Group, and is currently a principal in the Fitzroy Group of London. He is Vice-Chairman of the Congressional Medal of Honor Foundation, and serves on the Board of the National World War II Museum. Col. Jacobs also serves on the Board of the Children of Fallen Patriots Foundation, which aids the families of troops and law enforcement officers killed in action.

He received both his B.A. and M.A. from Rutgers University where he studied international relations.