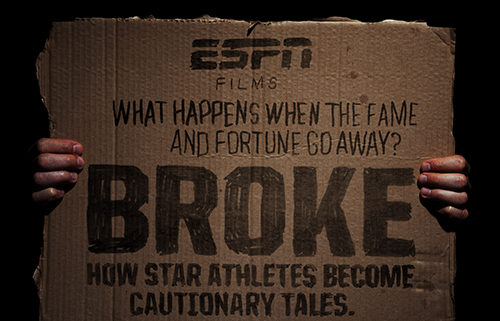 No, my dad never lied to me. In fact, he’s the person I’ve most respected for my entire life.

Back in 1975 or ’76, I was back in New Jersey for a day courting my future bride. I had the day off from my sports writing job, and we decided to take in the above titled movie at the Loew’s Journal Square Theatre in Jersey City.

It’s a huge “old school” style theater…and we were the only people there. That gives you an idea of how successful the movie was.

But the story was sincere…about a boy and his grandfather, and his difficult relationship with his father, and it stuck with me. Lucky me, I always felt, that I never experienced that.

Over the past three months, I’ve met numerous parents…and some grandparents…of young men and women currently playing college sports and who hope one day to have the opportunity to play professionally.

For the most part, the parents are wonderful. A dad in North Carolina asked all the right questions, with his only concern being the future for his son. A couple on the West Coast was adamant that the individuals and firm who they would retain to help their sons needed to focus purely on the boys…not the parents. How’s that for refreshing?

But every now and then I’ve hit a roadblock – never from a player (or grandparent)…but occasionally from a parent. They undoubtedly know their child better than I do. But they also suddenly – regardless of their profession – know how to provide the best professional counsel for their children better than we can. And my concern for them is simple: what is nothing but love and a great relationship right now…could sour once business decisions start being made.

My dad – that guy who never lied to me – once saw me wasting considerable time trying to fix something on my car. “Robbie,” he said, “sometimes the most important thing you can know is what you don’t know. And that’s when you should ask someone you trust what you should do.”

Last week, I was sharing some of my recent experiences with a friend who’s the editor of a business magazine. He mentioned that a rerun of the great ESPN piece, Broke, had aired that weekend. It’s an eye-opening piece that every young athlete…and their parents…should watch. (And I love seeing some of my old friends from the media in the film.)

Unfortunately, dad (“Gramps”) is no longer around or I would ask him to come with me on some of these recruiting visits, and tell some of his stories. He was always a lot more convincing than I was. For now, I’ll just keep accentuating the realities about what young athletes might face, and how we might be able to help…and let ESPN remind folks of the dangers. 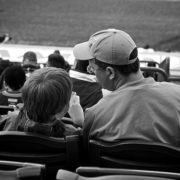 March Insanity…But What About The Students?
Scroll to top